Halloween is all about horror, mystery and sin – and who better depicts these qualities than a famous black magician and occultist Aleister Crowley?

With his compulsion for sin and blasphemy, Aleister Crowley, through his message of freedom has become an icon of rebellion. Apparently way ahead of his times, by prophesying liberty he had inspired great names of British popular culture, such as the Rolling Stones, the Beatles, Led Zeppelin, David Bowie and Ozzie Osbourne – among many.

Regardless personal opinions one might have on him, he was, without a doubt, a fascinating man who lived an amazing life. By his last day, December 1, 1947, he was a prolific writer and poet, a world traveler, mountaineer, chess master, artist, yogi, social provocateur, drug addict and sexual libertine. The press loved to demonize him by coining an alias “The wickedest man in the world.”

How he felt about this is clearly depicted in his saying:

“I want none of your faint approval or faint dispraise to held with Christianity, rationalism, Buddhism; I want blasphemy, murder, rape, revolution, anything bad or good, but strong.“

Indeed, was he a wickedest man in the world; or was he just a revolutionary, sharing ideas the world was not ready for yet? Some twenty years after his death, the world has changed dramatically, with love & peace, flower power and exploring consciousness, as if the new generation peacefully accepted Thelema and started practicing the new ethical code: “Do what thou wilt“. The future came faster than he thought when saying:

“A thousand years from now the world will be sitting in a sunset of crowleyanity.”

Yet beneath his seemingly cruel surface, there was a real artist within him. Indeed, he understood the society well, on a great part due to living with no financial worries whatsoever. Hence the interesting, everlasting meditation:

“Am I right in suggesting that ordinary life is a mean between these extremes, that the noble man devotes his material wealth to lofty ends, the advancement of science, or art, or some such true ideal; and that the base man does the opposite by concentrating all his abilities on the amassing of wealth?’Exactly; that is the real distinction between the artist and the bourgeois, or, if you prefer it, between the gentleman and the cad. Money, and the things money can buy, have no value, for there is no question of creation, but only of exchange. Houses, lands, gold, jewels, even existing works of art, may be tossed about from one hand to another; they are so, constantly. But neither you nor I can write a sonnet; and what we have, our appreciation of art, we did not buy. We inherited the germ of it, and we developed it by the sweat of our brows. The possession of money helped us, but only by giving us time and opportunity and the means of travel. Anyhow, the principle is clear; one must sacrifice the lower to the higher, and, as the Greeks did with their oxen, one must fatten and bedeck the lower, so that it may be the worthier offering.“
It comes  to no surprise that a man of such understanding was deep within a poet, his poems passing on his message.
The Poet
Bury me in a nameless grave!
I come from god the world to save.
I brought them wisdom from above:
Worship, and Liberty, and Love.
They slew me for I did disparage
Therefore Religion, Law and Marriage.
So be my grave without a name
That earth may swallow up my shame!
And a real gem – Halloween edition: 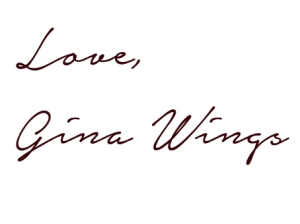