We all know it… the whip of lust, adrenaline rush of wanting all at once or, as was seductively described by Maureen Medved in The Tracey Fragments…

or perhaps Saul Williams in Said the Shotgun to the Head…

“Have you ever lost yourself in a kiss? I mean pure psychedelic inebriation. Not just lustful petting but transcendental metamorphosis when you became aware that the greatness of this being was breathing into you. Licking the sides and corners of your mouth, like sealing a thousand fleshy envelopes filled with the essence of your passionate being and then opened by the same mouth and delivered back to you, over and over again – the first kiss of the rest of your life. A kiss that confirms that the universe is aligned, that the world’s greatest resource is love, and maybe even that God is a woman. With or without a belief in God, all kisses are metaphors decipherable by allocations of time, circumstance, and understanding”

We have all known it, since the moment we have transformed into adults, pretty young back then but still… adults.

Lust… the word first used before twelfth century and defined as a strong feeling of sexual desire – makes you wonder – is it a constant occurrence in our lives, or we tend to grow out of it, as if it were a pair of worn-out jeans?

Furthermore, are we entitled to the feeling, even upon passing the so-called ‘young age’, even upon reaching certain life milestones: establishing long-term partnership, having a house, a garden, maybe kids, and a dog?

Surprisingly enough, once we reach all the goals we realize: nothing ever changed. The spark we had within us is still there, burning, now even more fiercely, persistent and strong. With maturity we become confident in what we do want and what not, so sparking that fire within us may not be as frequent yet once it happens, fireworks are sure to follow.

So… here I was, thirty-nine, committed, life established on solid grounds… was it for lack of excitement and wanting to feel alive again, or perhaps reasons more frivolous, wanting to escape the defined path into unknown, for mere pleasure of expectation, that I have found myself prone to this rush and jitters of feeling lustful again?

There was nothing unusual in what I was feeling constantly, C. JoyBell C. describes it perfectly when she says…

Each age carries its peculiarities within, and the most important one in the mid-life and its crisis, is that all of a sudden, you become irresistibly comfortable with the person you have become, with no need for approval, justification or explanations. You simply – are.

And I was. I am. And am irreversibly in love with myself. And that is liberating.

Are we all in quest for liberation?

C. JoyBell C. wraps it up perfectly when saying

“I’m not in search of sanctity, sacredness, purity; these things are found after this life, not in this life; but in this life I search to be completely human: to feel, to give, to take, to laugh, to get lost, to be found, to dance, to love and to lust, to be so human.”

But maybe the best description of lust in maturity is found in a confession by Catherynne M. Valente in Deathless

“Koschei smiled. His pale lips sought hers, crushing her into a kiss like dying. She tasted sweetness there, as though he still kissed her with honey and sugar on his tongue. When he pulled away, his eyes shone.

“I don’t care, Marya Morevna. Kiss him. Take him to your bed, and the vila, too, for all it matters to me. Do you understand me, wife? There need never be any rules between us. Let us be greedy together; let us hoard. Let us hit each other with birch branches and lock each other in dungeons; let us drink each other’s blood in the night and betray each other in the sun. Let us lie and lust and take hundreds of lovers; let us dance until snow melts beneath us. Let us steal and eat until we grow fat and roll in the pleasures of life, clutching each other for purchase. Only leave me my death — let me hold this one thing sacred and unmolested and secret — and I will serve you a meal myself, served on a platter of all the world’s bounty. Only do not leave me, swear that you will never leave me, and no empress will stand higher. Forget the girls in the factory. Be selfish and cruel and think nothing of them. I am selfish. I am cruel. My mate cannot be less than I. I will have you in my hoard, Marya Morevna, my black mirror.”

So here I was, mature enough, and lustful as ever… it was not that feeling that excited me as much, as knowing that the newly found lust is not necessarily to be kept secret. So maybe this not-so-innocent musing can be best wrapped up by a uncanny toast by Patricia Highsmith for New Year’s Eve, 1947…

“My New Year’s Eve Toast: to all the devils, lusts, passions, greeds, envies, loves, hates, strange desires, enemies ghostly and real, the army of memories, with which I do battle — may they never give me peace.” 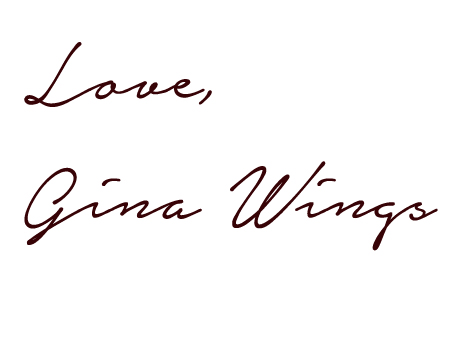